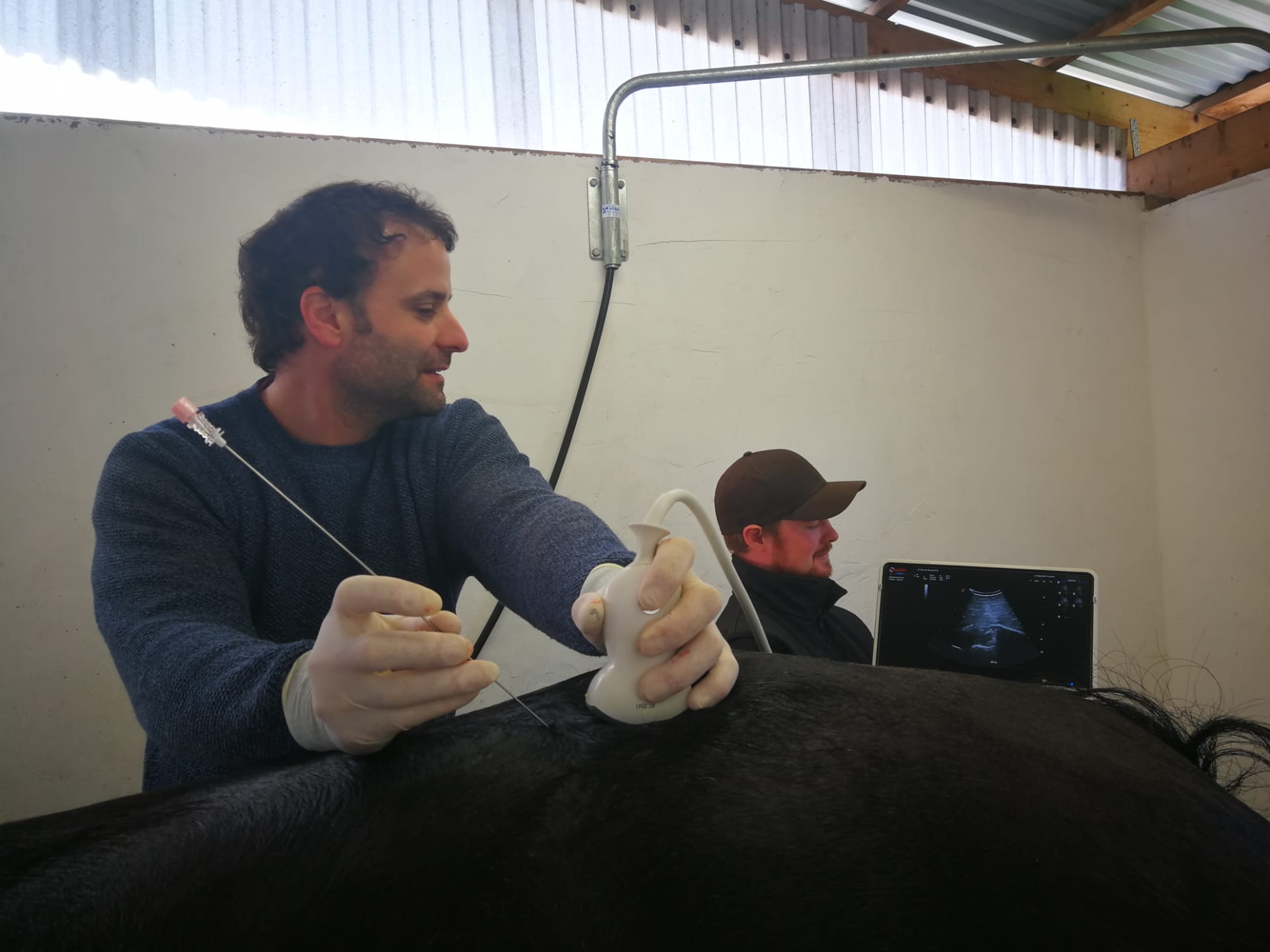 Causes of pain
Ligament injuries; Pain in the general sacroiliac area may involve injury to the ventral ligaments that stabilize the joint. In some cases, the injury may be an actual subluxation, although this is not as common as arthritis.
Ligament strain / damage; The dorsal ligaments that run from the sacral tubercle to the sacrum are also often injured, although this injury does not necessarily also involve the sacroiliac joint itself.
Fractures; Stress fractures along the ilium wing have been found in racehorses, both microfractures and those severe enough to appear on radiographs. These fractures are presumed to be painful. Any of these, alone or in combination, can cause pain in the sacroiliac area.
problems
By having a joint that connects his pelvis to the spine, rather than a solid bone bridge, the horse gains the benefit of having tissues with a little more flexibility for them, including some shock absorbing capacity. However, the sacroiliac joint is primarily an anchor, not designed for much movement.
The joint may be overloaded by the speed and / or the extremities of movement of the rear leg as in show jumping horses that have a high degree of rear engagement. Injury to the sacroiliac area can also occur if the hind leg slips suddenly, as it could occur when it is in mud, ice, pavement, etc. 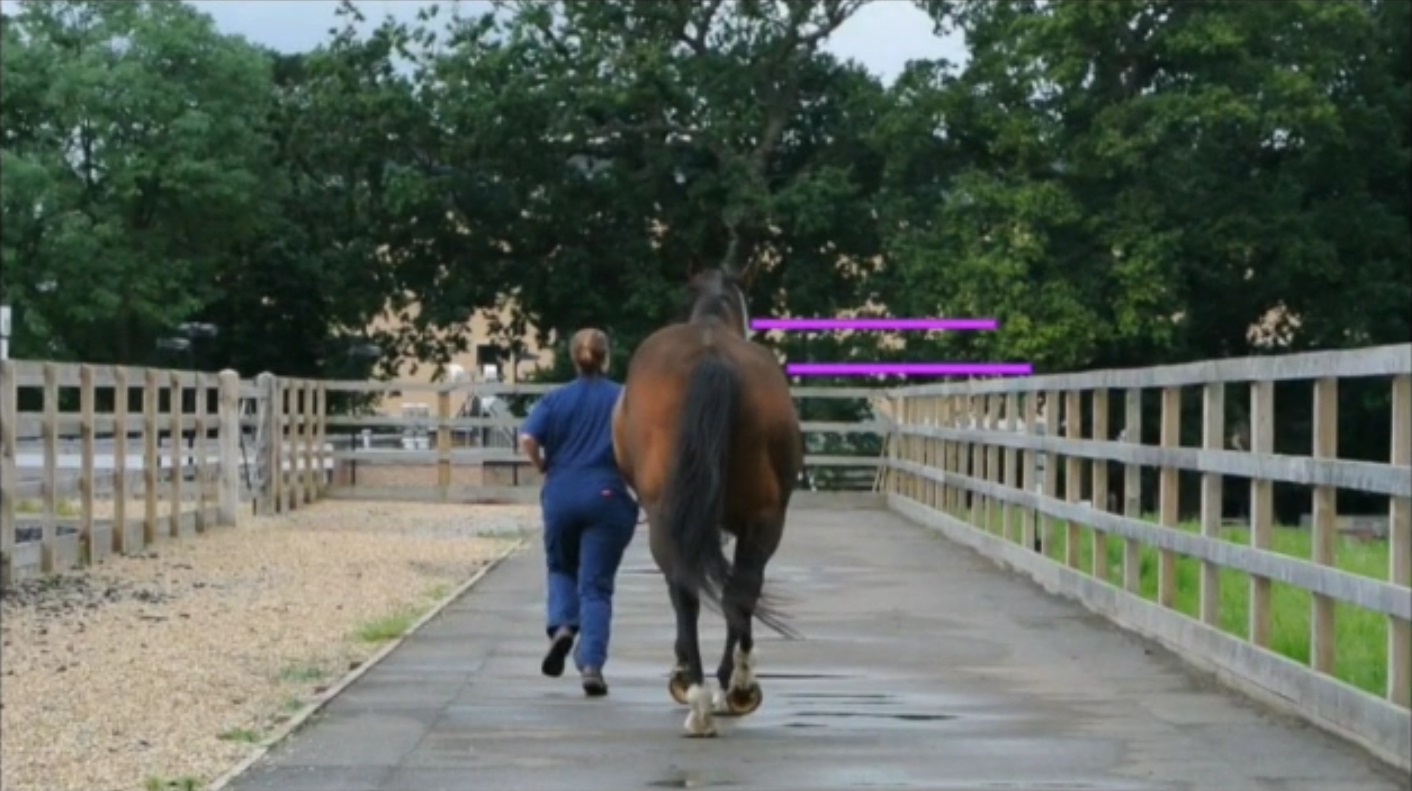 There are no characteristic symptoms or signs that indicate the sacroiliac area as a cause of lameness. A sacroiliac injury would be suspected in a horse with a posterior limp that cannot be located in the joints or soft tissues below the leg, such as when the horse had local anesthetic blocks up to and including hot flashes without eliminating the limp.

History may also play a role in diagnosis. I would suspect that sacroiliac in a horse that:

• You are involved in a high-risk sports / training program or were observed to slip and fall on the grass.
• Shows a loss of flexibility through the lower back.
• Can only operate a poor scale on fences, long jumps, reject jumps,
it stops in combinations.
• You have difficulty with cavaletti.
• Demonstrates a loss of momentum on the floor, is difficult to collect or is “hanging”
out “at a gallop.
• Obviously, he prefers a track and frequently gallops across.
• Shows reluctance or refusal to work hard, make sliding stops, or turn on
the haunches at full speed.
In addition, you can see that the horse has:• Hunter bump or knocked down hip distinguished from anatomy
old asymmetry or injury that no longer causes pain.

• Uneven muscles, a sore side with less muscle.
• Pain on palpation in the area of ​​the sacral tubercle, suggesting a
fracture or involvement of the dorsal sacroiliac ligaments.
• Exaggerated sensitivity to palpation over the lower back and sacrum,
which may be moving away from the pressure or tensing and trembling
of the muscles (or a good quick cow kick).
• Pain at extremes of range of motion when leg is pulled back and / or
ahead. But this is not specific and only suggests a possible problem anywhere
in the sacroiliac area, pelvis, hip, even femur.

Hunter’s Strike, Several studies looking at variations in a horse’s anatomy have found that the height of the rump on both sides in the sacroiliac region can vary by as much as half an inch without any injury / abnormality. It is simply a slight asymmetry of the pelvis. Small differences in height alone cannot be used to diagnose limping in the sacroiliac area.
The “knocked down hip” generally refers to a horse that has the sacral tubercle on one side that appears to sit lower than the other. The most common cause of this; It is a fracture from hitting the bone when going through a door. Others will refer to the underside of a horse that has a hunter’s bump as “knocked down.”

Unless the horse is obviously lame on one side, careful examination is needed to determine which side is actually abnormal, or if it is just a variation anatomy.

X-ray: X-rays are of limited value due to the diffi 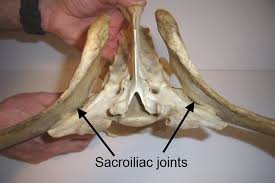 Scintigraphy (“bone scan”): Although there may be a slight overlap in absorption patterns between horses with problems in the sacroiliac area and normal problems, especially in older horses, bone scanning is an accurate way to confirm diagnosis. However, you cannot determine if the problem involves ligaments, joints, or bone.

Thermography: Thermographic images of the back can reveal a “cold spot” in areas of ligament injury involving the dorsal ligaments.

Diagnostic ultrasound: (we use it routinely in this type of pathology) may show thinning, thickening, scarring or hypoechoic areas in the dorsal ligaments.

Rectal exam: Rectal exam can detect asymmetry in the pelvis, localized swelling or thickening, sensitivity to touch, fractures. It is probably an underused diagnostic technique. 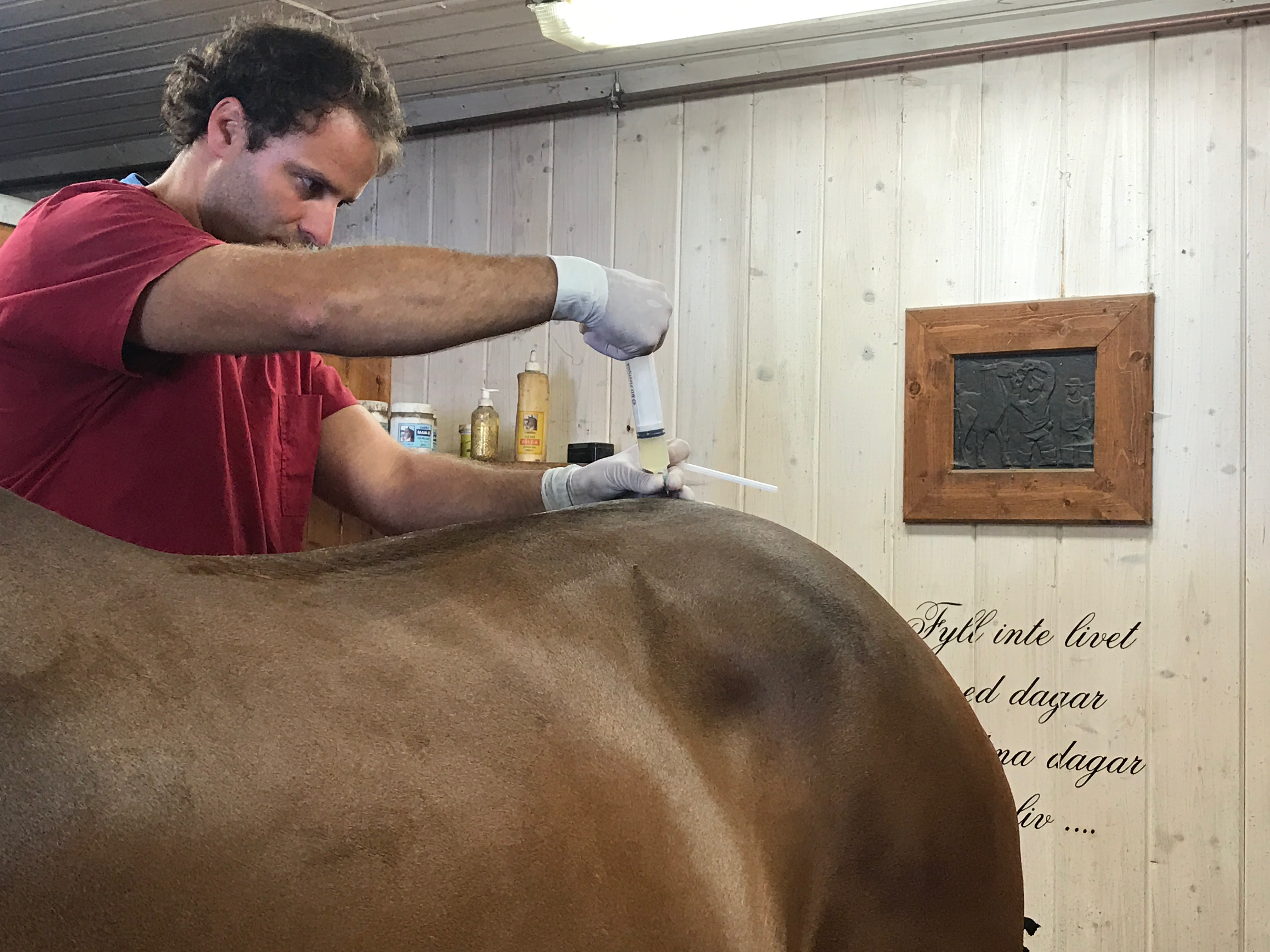 Alternative therapies are primarily helpful in controlling pain and muscle spasm without resorting to heavy or frequent drug use. These include:

Acupuncture: useful in controlling spasm and muscle pain in the lower back.

Chiropractic: May be useful temporarily to relieve local back and low muscle spasm, but the joint is too deep to be influenced by any surface manipulations. The forceful “fit” is directly contraindicated.

Therapeutic laser and / or ultrasound: can help with low back muscle spasm, stimulation of ligament injury involving the most superficial portions of the dorsal ligaments. Cannot penetrate lower structures.

Pulsed electromagnetic therapy: This is the only energy therapy that can penetrate to the level of the sacroiliac joint. It is useful to relieve pain, inflammation and muscle spasm.

When these therapies are not entirely sufficient at Sport Horses Vet we recommend a course of systemic anti-inflammatories (eg phenylbutazone, flunixin, or herbs) or ultrasound-guided local injections (corticosteroids, herbs such as Sarapin, or homeopathic remedies such as Traumeel).

Corticosteroids can delay healing and cause ligament weakness, corticosteroid injections should not be performed repeatedly, but judicious use with severe inflammation may be warranted.

After the initial swelling is under control, the horse must keep moving. Total loss confinement with movement restriction is rarely necessary, except with fractures or a ruptured ligament.

Not surprisingly, the prognosis largely depends on the scope and nature of the problem. Because lesions of the sacroiliac area generally involve one or more ligaments, recovery will always be quite long, from two to eight weeks for problems that are detected early, up to many months.

Ultrasound examinations can provide detailed information about the extent of the injury, at least to the ligaments, and can help determine the expected rest time.

The truth of the matter is that most horses with injuries to the sacroiliac area, including fractures, can return to full use if given enough time to heal. Ligaments heal the slowest of all tissues, and nothing can change that.