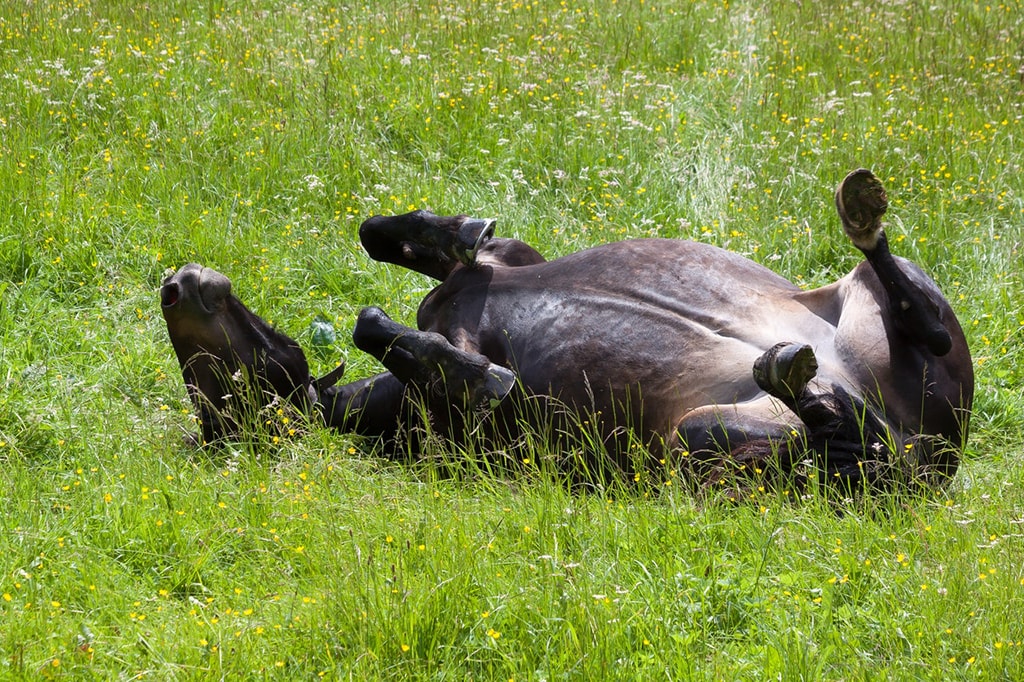 Diseases in horses can arise from very different causes, although the most common are transmitted by tick and mosquito bites. Their symptoms are very varied and sometimes it is very easy to notice them because we find our horse sad, with his head low, expressionless and with the color off, but not always so. Neither should we let that end to be realized. Keep reading and we will help you know if your horse is healthy.

How to detect that your horse is not right?

When your horse is healthy you see it in its appearance and its behavior. A horse that enjoys health has bright and clean eyes, eats all food, has a pulse between 28  and 42 beats per minute at rest, its temperature is close to 37,5 ° C and shows a shiny hair and no excessive fall as well as standing firm on all four legs. When one of these points fails, it can be a great sign that something is happening.
If your horse is ill the thing changes, his appearance becomes sad, tired and dejected and his eyes become pale and expressionless as with his coat, which loses its brightness and begins to fall more than normal. It also changes your attitude as it shows less energy and more desire to remain lying down. In addition, it can give more evident signs like to show pain when touching it, to have some inflamed zone, to sweat excessively, to be restless for no apparent reason, to limp or to have the helmet in bad condition.


If you have any of these symptoms or if you see something that goes out of the ordinary, you should notify your horse veterinarian and get out of doubt as soon as possible.
Some of the most common diseases that we can encounter are:

We can find many other diseases in horses such as arthritis in horses, melanomas, degenerative joint disease, equine gastric ulcer syndrome…